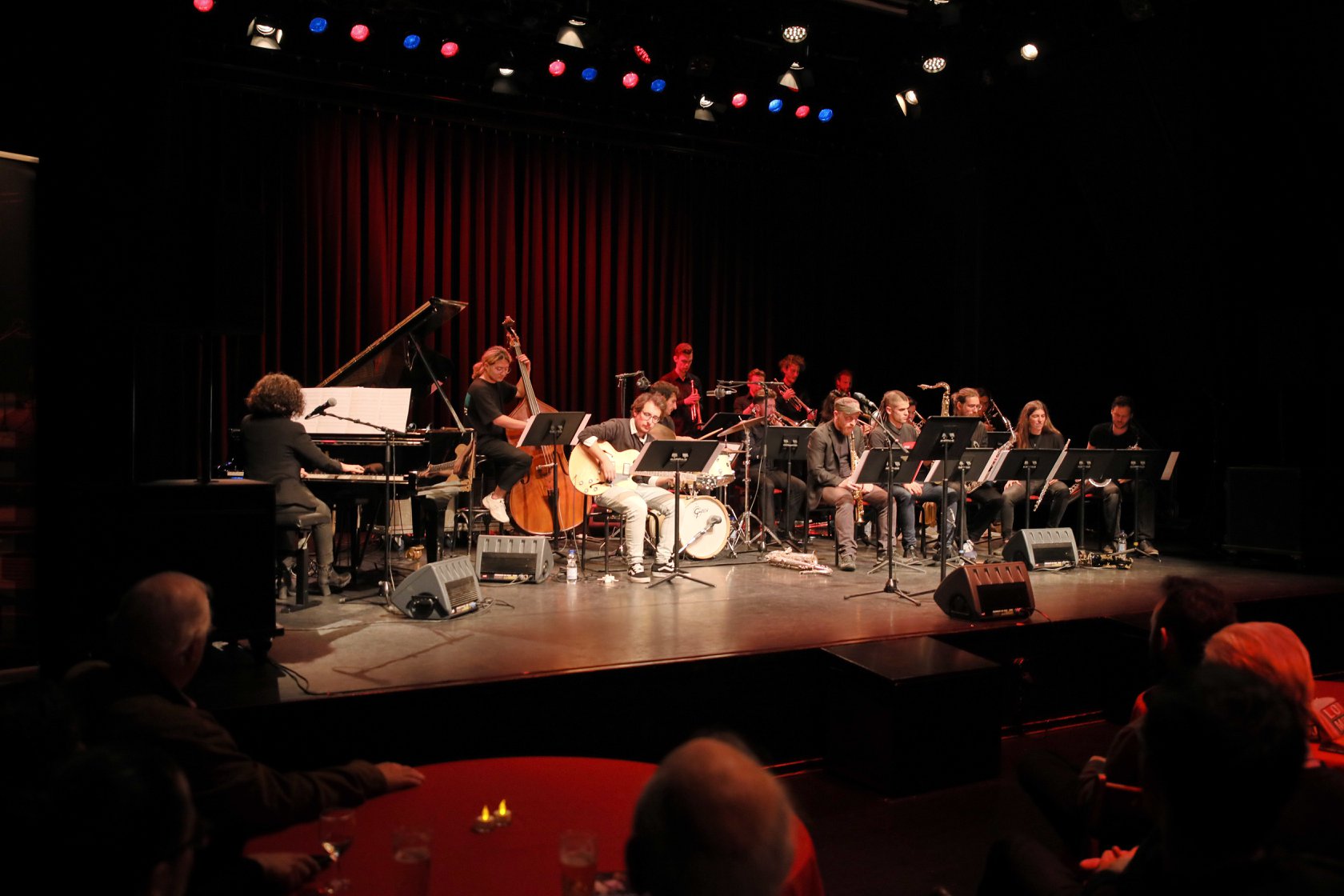 The “MB Big Band” is a jazz orchestra from The Hague, The Netherlands. The Band was founded by Lorenzo Mastrogregori and Jose Cervera Minguez, both students at the city’s Royal Conservatoire. At first it was a study project, but soon it was performing in Cafe September. Later the orchestra played at the Bad Ass Jazz Festival in The Hague and Jazz at Willemeel in Arnhem. In 2018 it performed regularly in the Regentenkamer in The Hague. In 2019 they played In Het Koorenhuis, one of the best stages in the city, with a repertoire of original pieces and arrangements. The MB Big Band performed classical arrangements of the greatest (Count Basie, Buddy Rich, Sammy Nestico, Maynard Ferguson etc.) as well as some original pieces and arrangements. The style of the orchestra is therefore diverse, from a classical and hip swing to a more modern concept of jazz orchestra. Come along and enjoy groovy and dancing music!