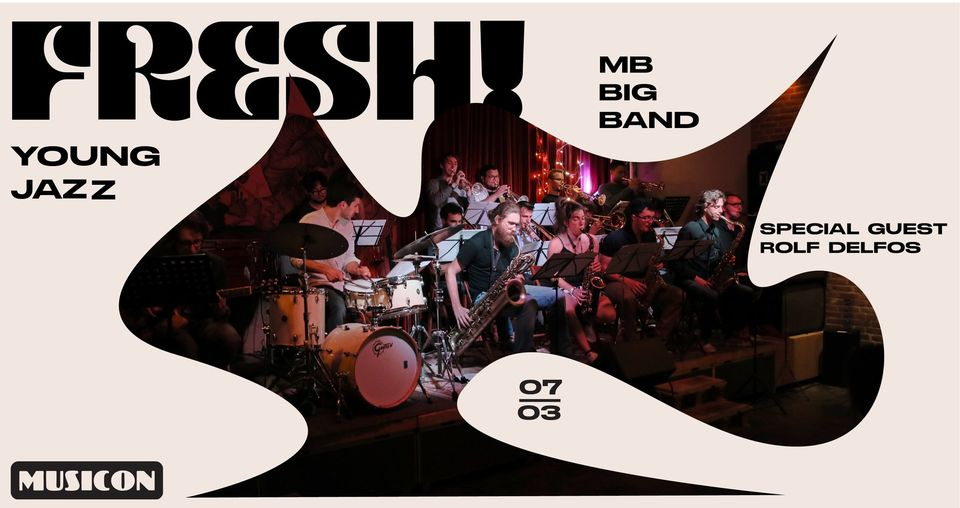 FRESH!
FRESH! is a new and vibrant jazz concert series in Den Haag. Featuring fresh music projects by the young international musicians connected to the Koninklijk Conservatorium Den Haag. The artists in our line-up span from traditional jazz bands to soulful pop vocalists, and from professional orchestras to party-creating swing bands. FRESH! is here to show Den Haag that its local scene of upcoming talent is more alive than ever and ready to get on stage!MB Big Band
The “MB Big Band” is a jazz orchestra based in Den Haag, Netherlands. It was born from an idea of Lorenzo Mastrogregori and Jose Cervera Minguez, both students at city’s Royal Conservatory of Music. Born as a study project it soon went on stage at Cafè September in June 2017. Later on the orchestra was featured at the Bad Ass Jazz Festival in Den Haag and performed at Jazz at Willemeel in Arnhem. In 2018 it performed regularly at Regentenkamer in Den Haag. In 2019 they played In Het Koorenhuis, one of the most fancy stages in town, bringing a repertoire of original songs and arrangements, pushing boundaries of experimentation.Rolf Delfos
For this concert the band will be joined by the fantastic saxophonist Rolf Delfos. Rolf has been the teacher of many of the musicians in the band (and still is for some!). They will perform some groovy and funky songs from the repertoire of the band and some special arrangements for Rolf! The guest soloists are made possible by Podium De Nieuwe Kamer.Students enjoy a 50% discount!TICKETS €10 / STUDENT DISCOUNT €5
DOORS 20:00 / START 21:00