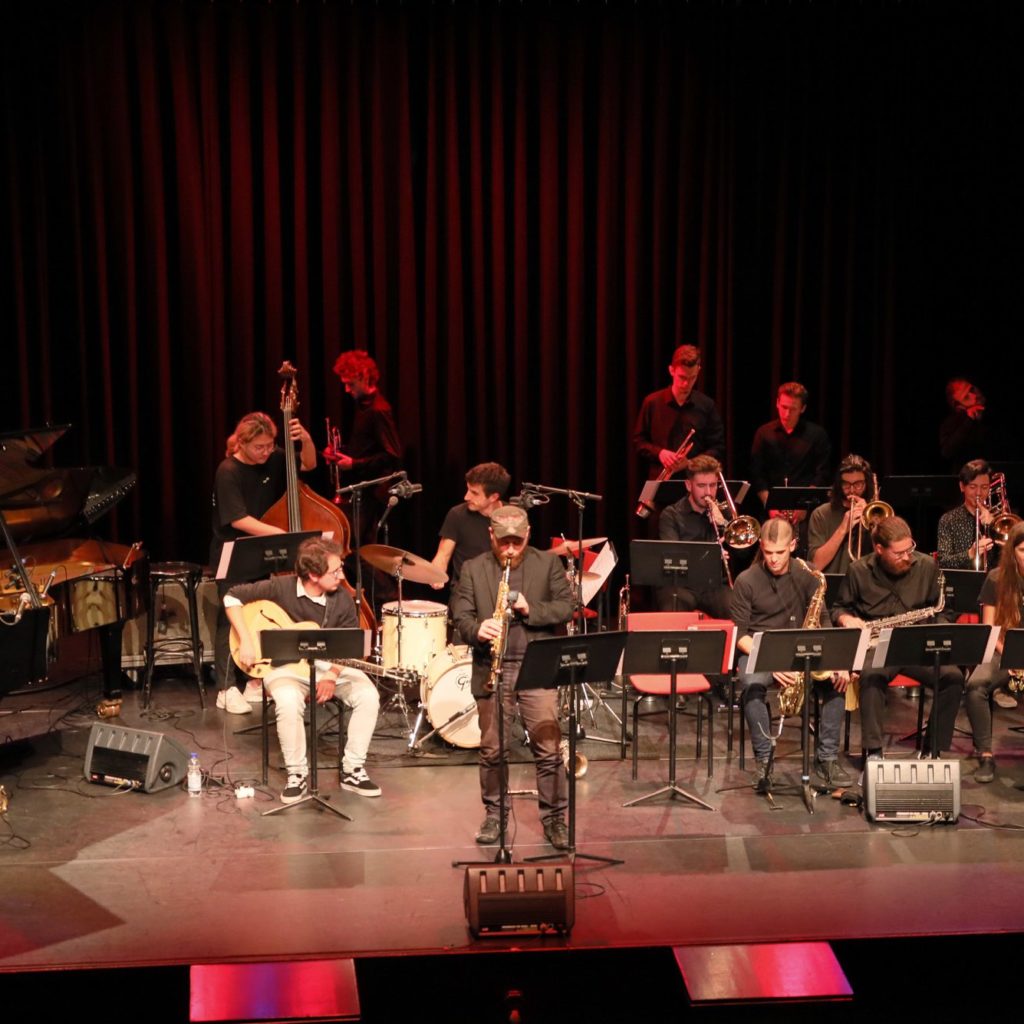 The “MB Big Band” is a jazz orchestra based in Den Haag, Netherlands. It was born from an idea of Lorenzo Mastrogregori and Jose Cervera Minguez, both students at city’s Royal Conservatory of Music. Born as a study project it soon went on stage at Cafè September in June 2017. Later on the orchestra was featured at the Bad Ass Jazz Festival in Den Haag and performed at Jazz at Willemeel in Arnhem. In 2018 it performed regularly at Regentenkamer in Den Haag.
In 2019 they played In Het Koorenhuis, one of the most fancy stages in town, bringing a repertoire of original songs and arrangements, pushing boundaries of experimentation.
The MB Big Band performs classic arrangements by the greatest (Count Basie, Buddy Rich, Sammy Nestico, Maynard Ferguson etc…) as well as some original tunes and arrangements by its members. So the Orchestra sound is versatile and very broad, from a classic and groovy swinging sound, to a more modern concept of jazz orchestra. 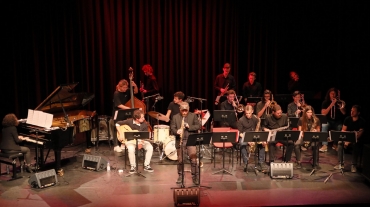 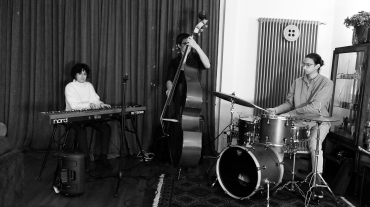 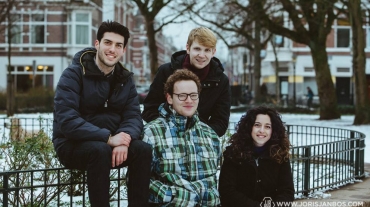